A bit of history

Example of a CD with a key code sticker 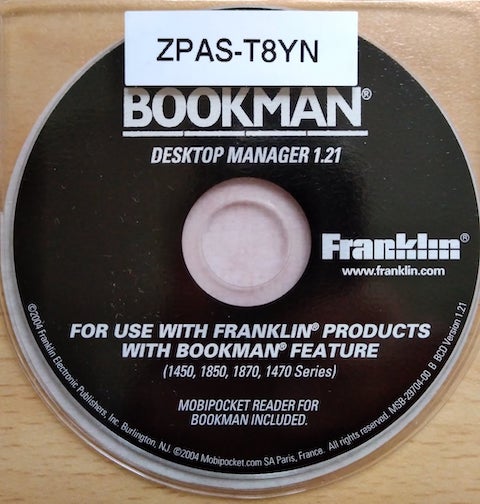 Installing the Bookman Desktop Manager (BDM) requires the entry of a valid CD key. This unique key was used to generate a PID (Peripheral IDentification) number that was bound to a Franklin.com consumer account. eBooks with DRM could then be bought and downloaded from the DRM servers, ensuring only a single user could write the content to memory cards with their BDM program.

As part of ongoing research for the reverse engineering side of the Bookman Archive, I wanted to probe deeply into the workings of BDM; after all, it contained all the Bookman3 data transfer code that would prove useful in further technical investigations.

Though several examples of CD-keys along with the different versions of BDM were graciously donated, I could not resist the reverse engineering challenge in front of me. My goal was to create a CD-key generator that would allow anybody to defeat the CD-key validation step of the BDM install program.

Even if you could generate a CD-key, it was highly unlikely this could be used to download paid content free of charge for many reasons. Franklin.com stopped operating its eBook download service sometime in the late 2000s, making downloads impossible for everybody, including users with “real” CD-keys. So ethically there were no issues either.

With that out of the way, let’s walk through the process.

The BDM setup program used InstallShield as the setup platform to run custom logic and put files in their final destinations. Extract all of the files with unshield.

You will find a file called installbm3.dll. This contains all the PID and CD-key validation logic. We need to look inside. 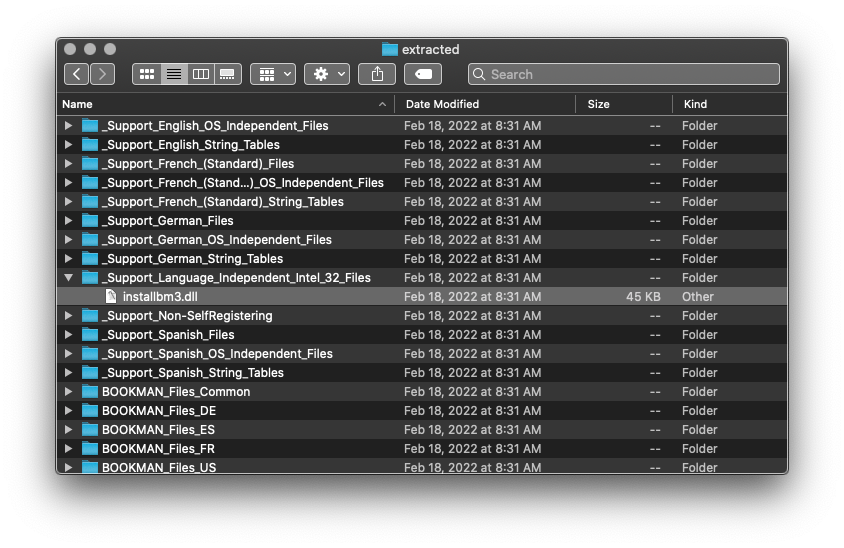 Step 2: First look at the file in Ghidra

Ghidra is a software reverse engineering toolkit that allows us to pick apart compiled code in various ways. We will use this to analyze exactly what the validation logic is doing.

When you are opening the installbm3.dll file for the first time, Ghidra will ask if you want it to auto-analyze the binary content after correctly identifying it as a little-endian x86 32-bit PE format DLL.

Say yes; it will identify two exported functions from the shared library: entry and install. 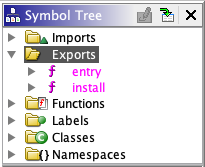 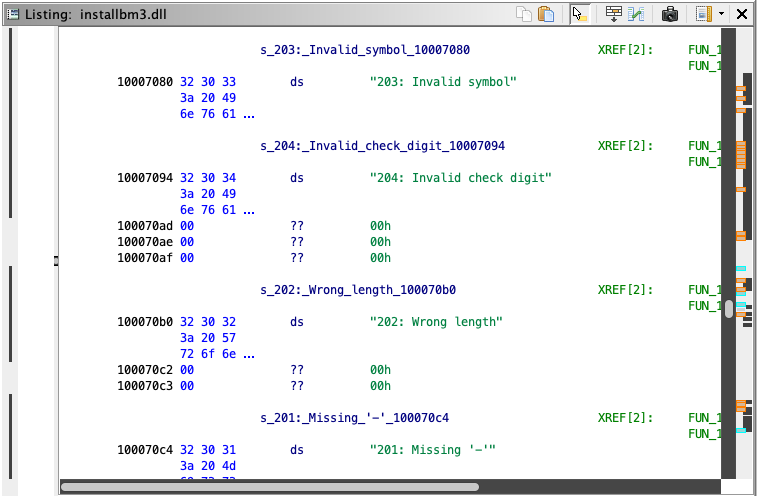 This last string is most interesting because we know valid CD-keys always contain a dash between a front 4 digits and rear 4 digits. We can check what code references this string: the instruction at address 0x10001012. Looking at the decompiler window, the instruction forms part of an IF statement, part of a function that contain returns with some of the other strings; highly likely this is the validation function. 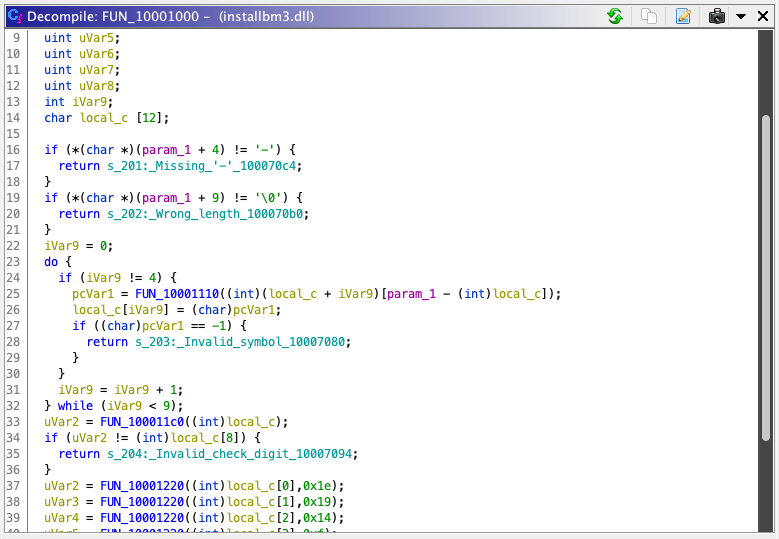 Step 3: Analysis of the logic flow

Decompilation makes it fairly clear at this point:

Looking into #4 here, we see the function applied to each character calls a standard library function strchr that returns either the pointer to the first instance of a character found within the search string or a null pointer. The search string references a 32 length C string at address 0x10007030 that has the value 26B0KEL1AFD9M38T5NPGZ7XHYV4WJRCS. I strongly believe this is the set of valid CD-key characters.

The function from #4 then returns either the value -1 or a number between 0 and 31 inclusive (the index of the character within the search string).

Finally, the function from #5 takes only a single argument: a char *, and proceeds to perform some sort of bitwise transformation on each of its 7 members (skipping the dash character index) to pack into a single uint value as the return. 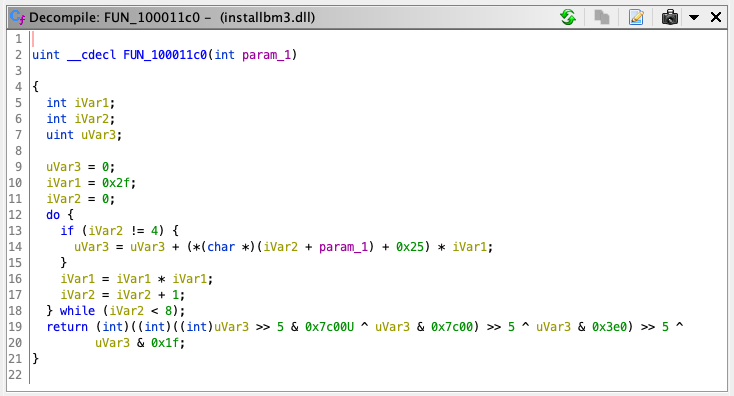 This was definitely the most cryptic part so far.

Step 4: Try to recreate the mechanism

No matter what I tried, this first draft of the code would not produce the correct check digit…

The getCheckDigit() function was definitely not behaving the same as its decompiled C counterpart.

Running through the logic in my head and in a NodeJS REPL, it struck me: 0x2f continuously squaring itself. Surely the multiplier variable that I’d been using was being overflowed within 2 or 3 iterations of the loop both in C and in JS. Why would the code produce an overflow here?

I slept on this question for a day only to produce a further question:

Answering that, I started to realize that the deterministic overflow being used in that function meant the developers were doing this intentionally! And sure enough, after modifying the JS code to align with C-style unsigned int behavior (through the use of the js-cuint package)…

I successfully replicated the code to generate the final digit. Great success!

For a copy of the NodeJS source code, please see the file here: cd-keygen.js. I will likely add a web-based version of the keygen to the Bookman Archive as a result of this effort. Thanks for reading and I hope you learned something like I did!

The web version of the CD keygen is now online and can be found here along with its source code.