Friday night Pho is one of our house traditions. Nobody can resist the delicious combination of tastes that this simple Vietnamese noodle soup offers.

After years of eating pho, I finally decided to attempt making it for myself from scratch (or as from scratch as possible) purely as an exercise of appreciation for this noodle dish.

Like all “fancy” foods, pho comes from a humble origin: it was created originally as an easy way to use the parts of cattle that could not otherwise be sold: namely, the bones, tendons, and other bits of beef. It is a working man’s food.

This means the recipe should be very basic in its list of ingredients and cooking procedure: there were many pho recipes online but this one from AllRecipes.com was one of the truest to its roots.

As with all recipes, there is a little bit of adaptation required when working in your own kitchen and with the ingredients available to you.

The ingredients I used were the same as the recipe, though proportions are different. Our pressure cooker could not hold 4.5L of broth that the recipe called for. Using a pressure cooker also meant that the broth was not going to reduce much (maximizing the yield, which is generally a good thing) as we had to leave the stove on overnight. 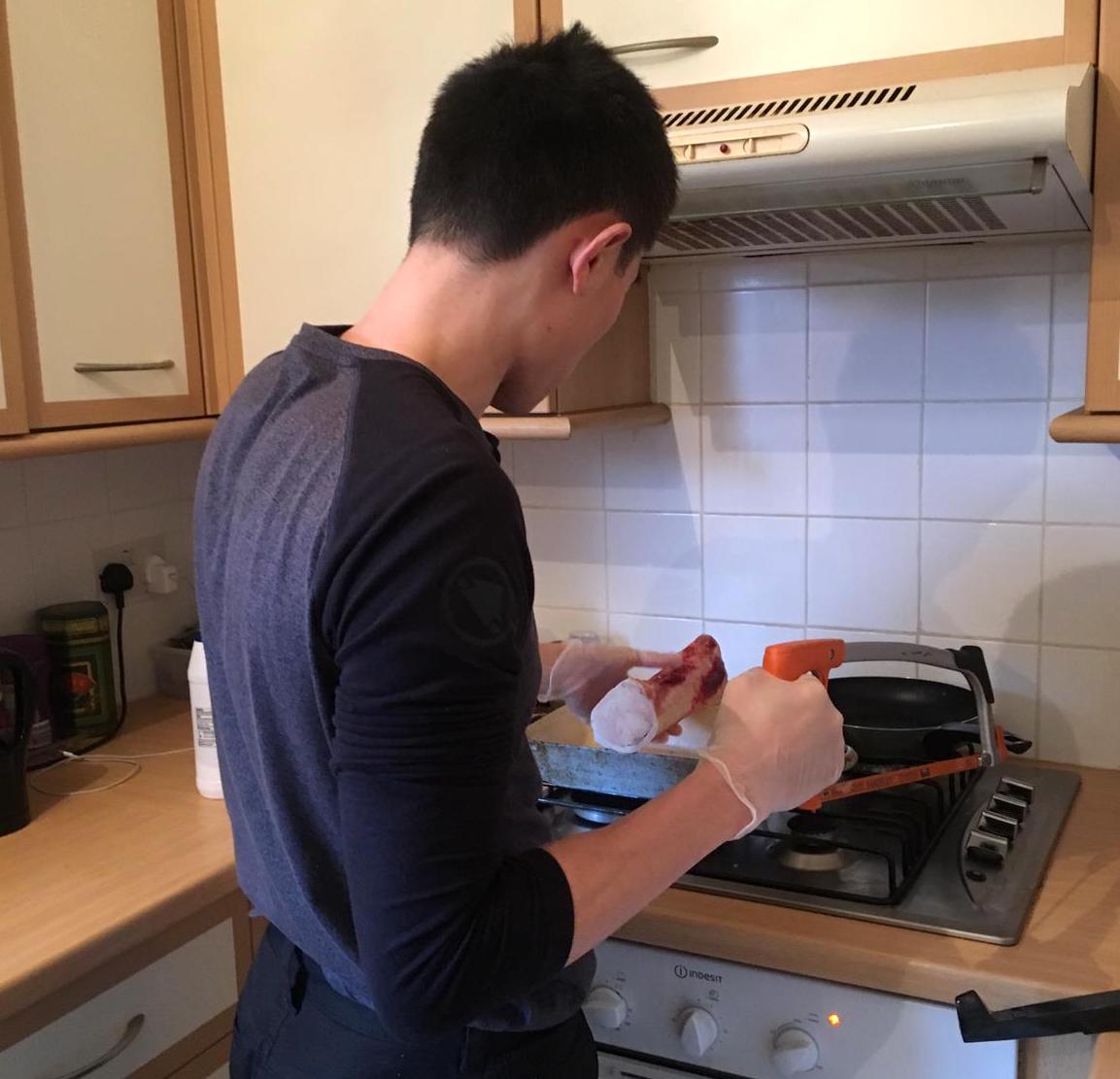 Also had to hacksaw the beef shank bones to fit them into the pot.

Make sure to add lots of fish sauce, at least 5 pods of star anise and salt. The recipe drastically under-estimates the amount of salt needed to make this tasteful. 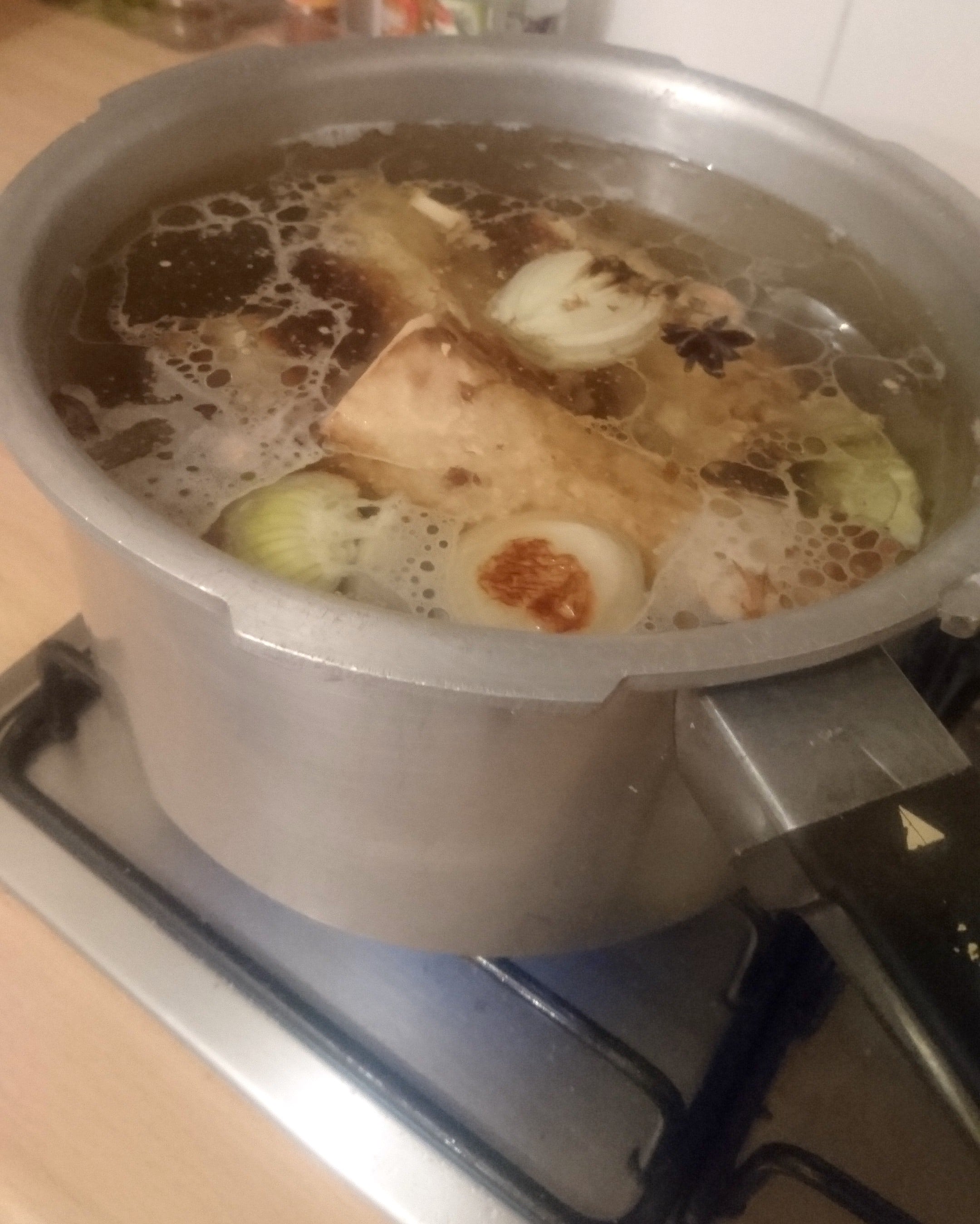 You should taste the broth at various times after the 2 hour mark (I did this) to monitor the flavor and add extra salt per your tastes. 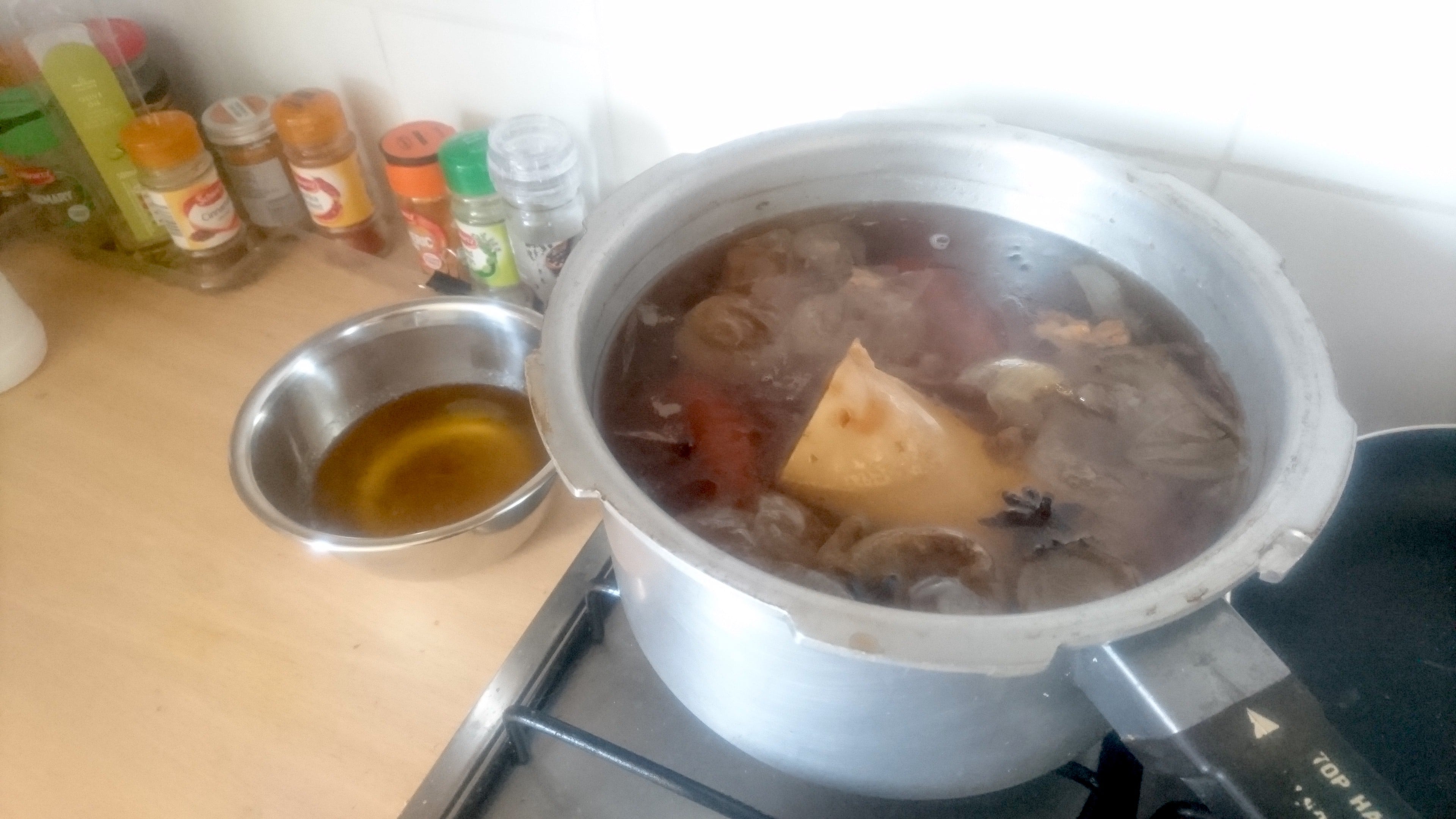 Make sure you skim the broth thoroughly, shank bone marrow has lots of fat content. Good for flavor, but you wouldn’t want it to coat everything in the end. I left mine on extremely low heat and slow-cooked everything for 14 hours! 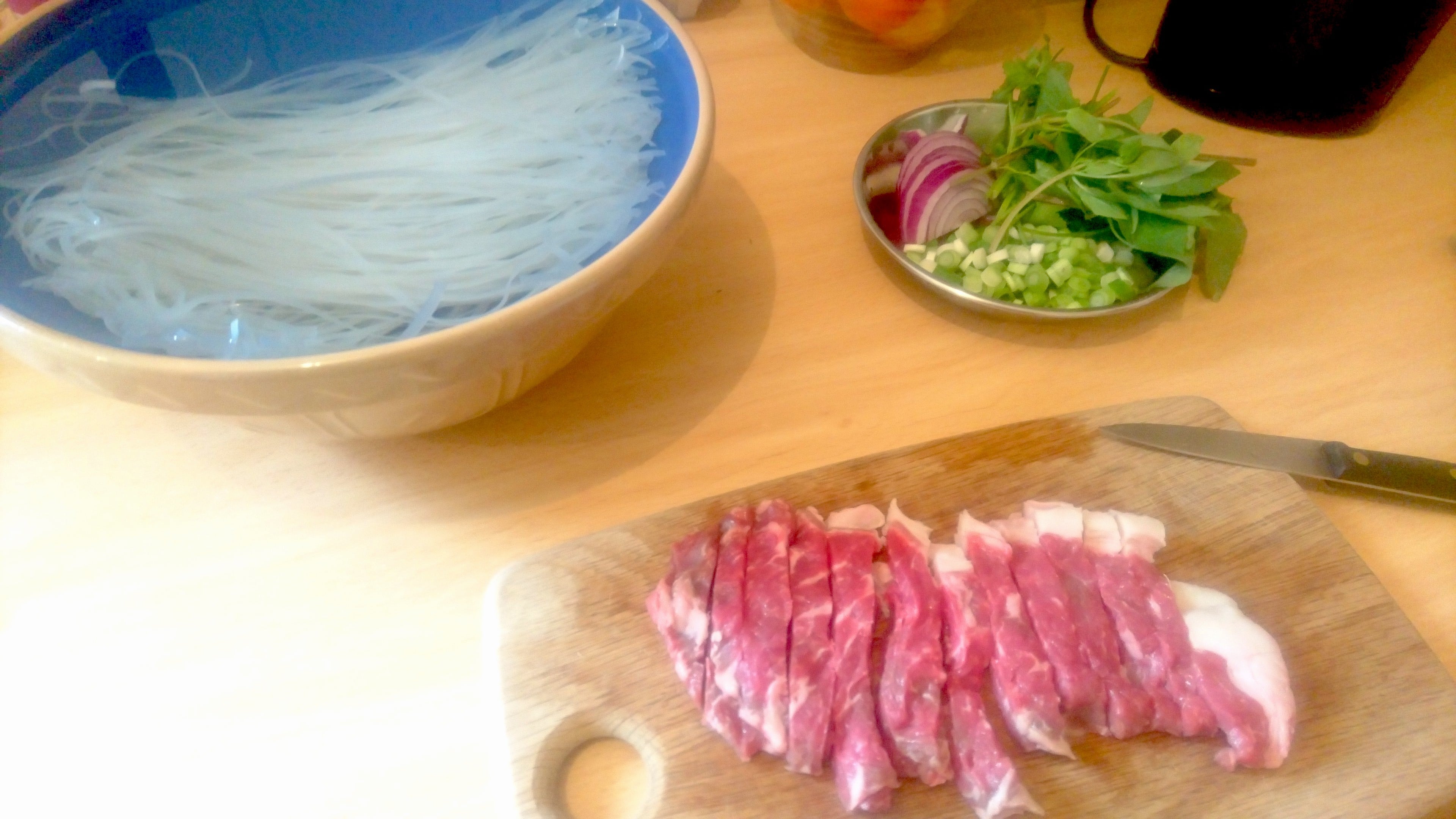 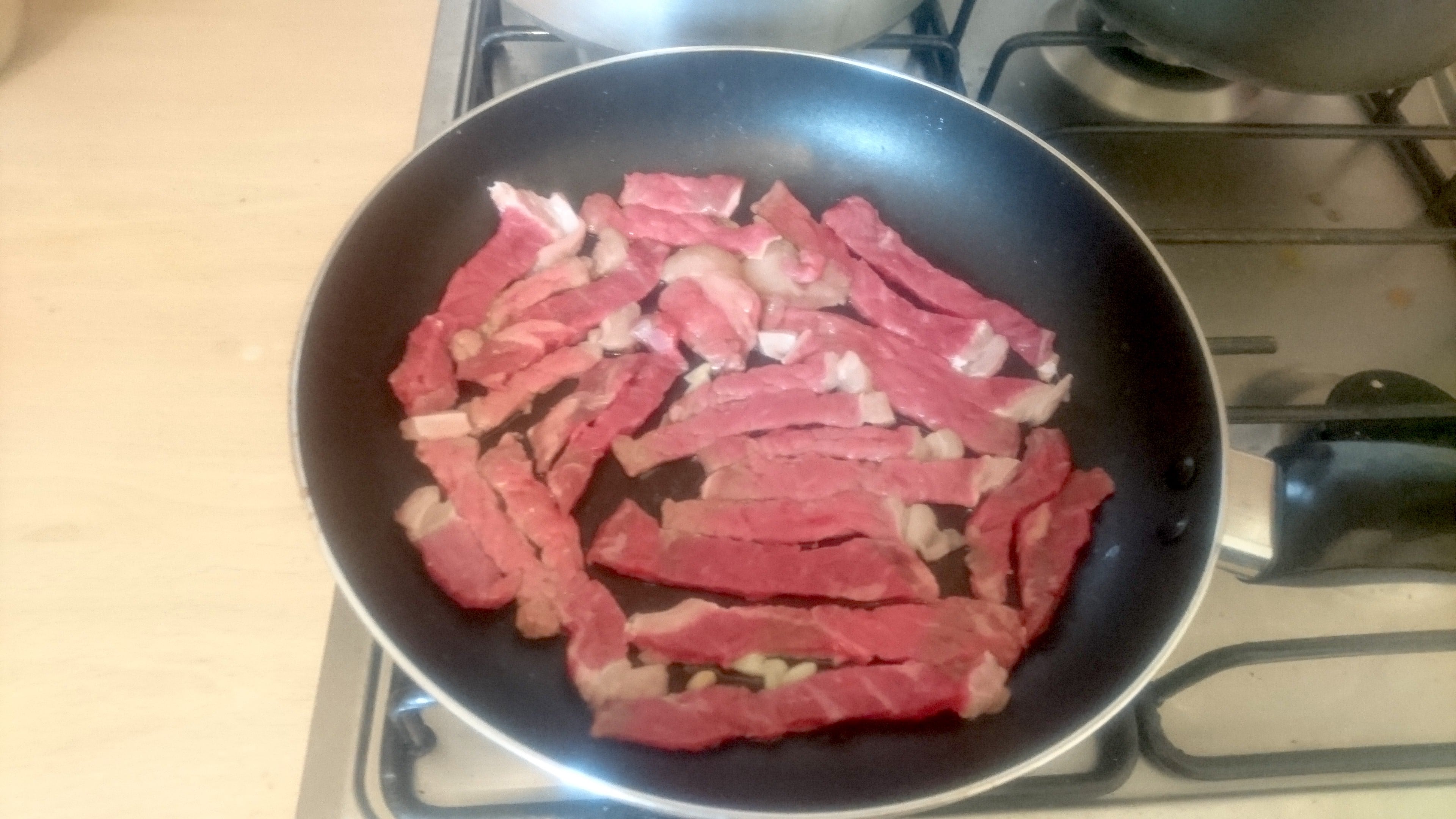 Then fry until just below medium-rare with diced garlic and a bit of salt in some of the skimmed fat from the broth. The broth will cook it the rest of the way once added to the bowl. 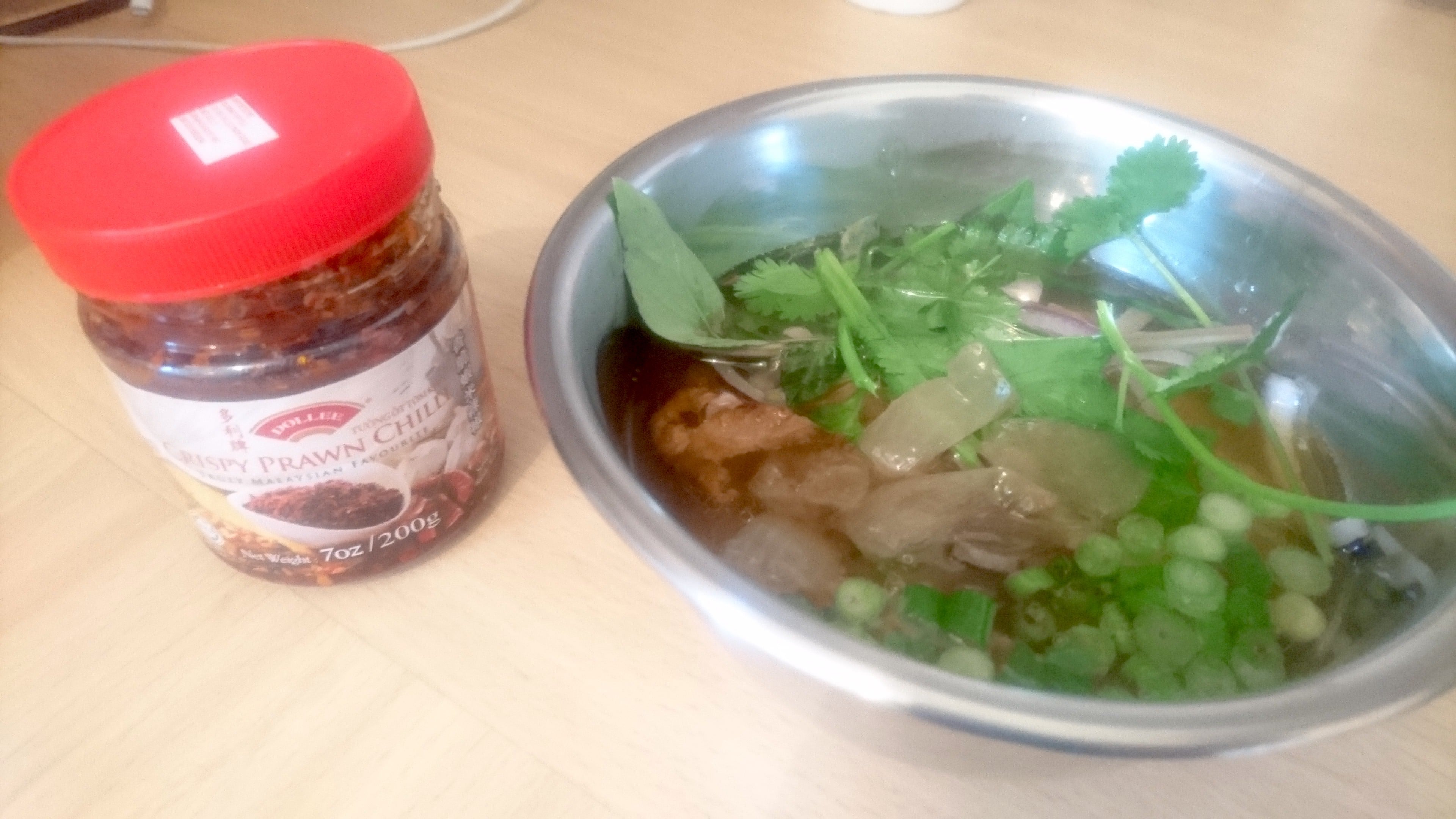 Serve with any remaining garnish you might like; for me, this was a generous dose of crispy prawn chili that gives it an additional flavor-boost. 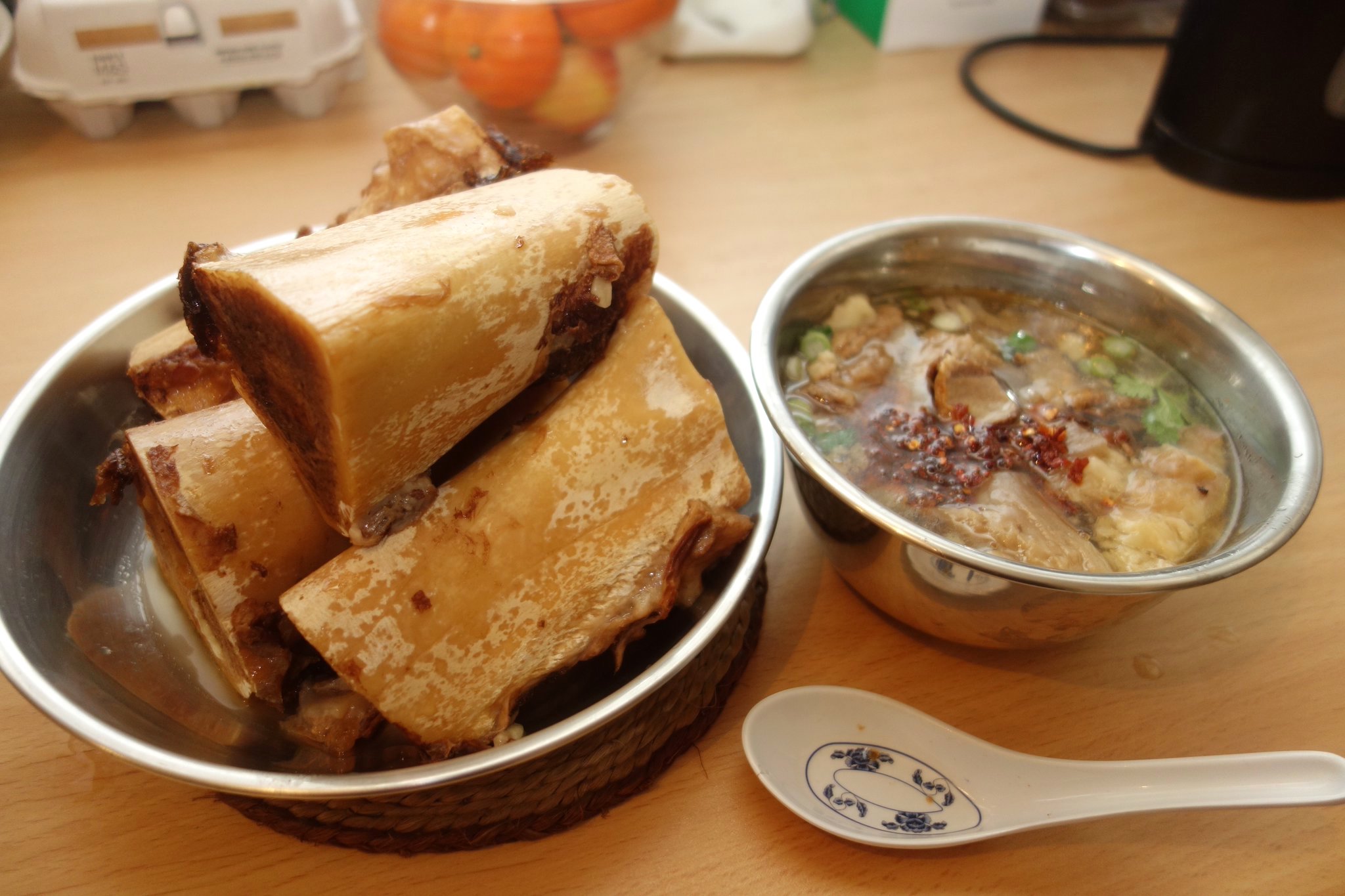 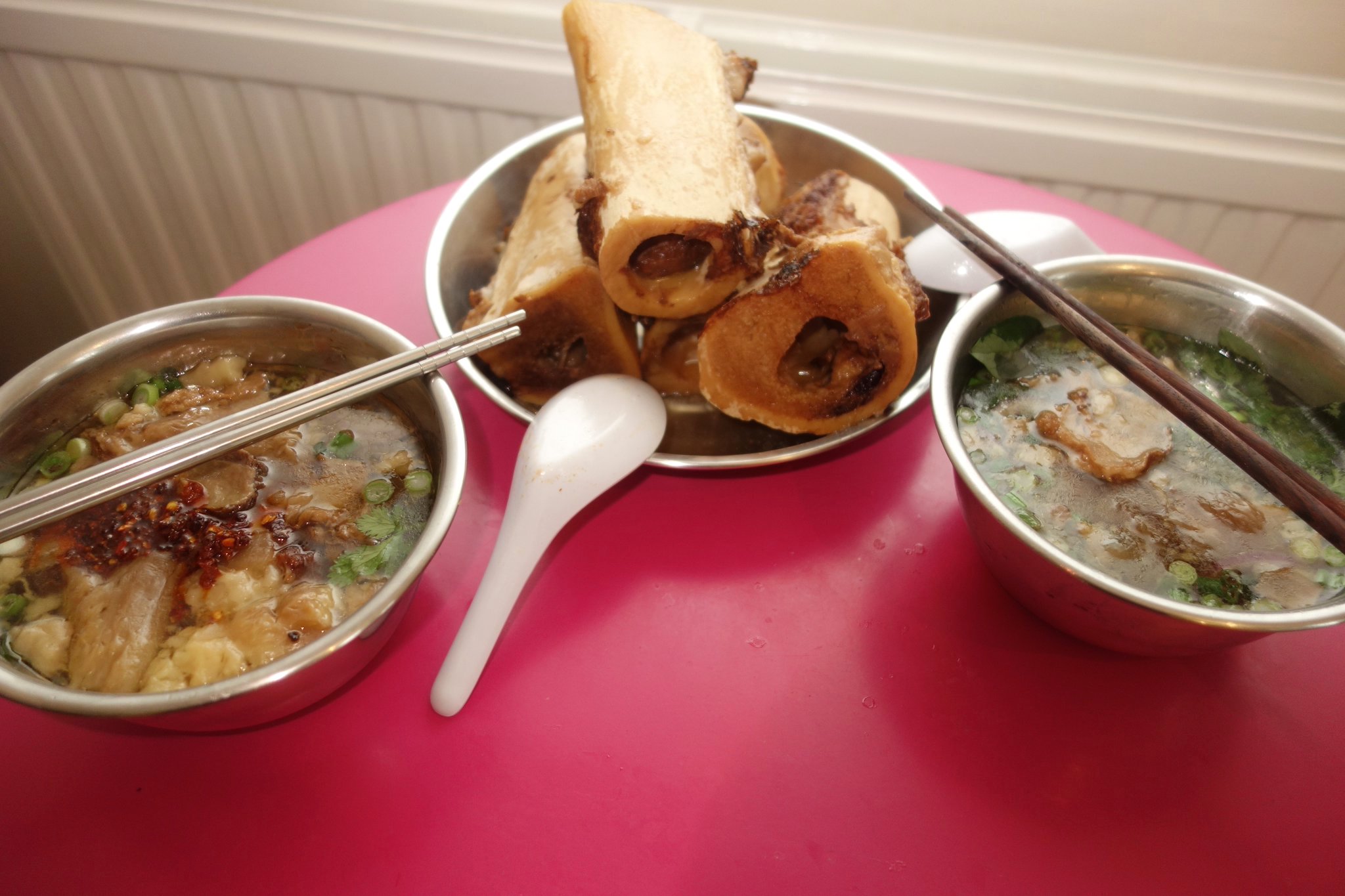 There were enough for seconds and thirds! Full of flavor, very hearty and a perfect substitute for a Sunday roast dinner. A true winner of a meal!