Originally written as a way to experiment with vector graphics in PixiJS. It has since formed into a complete game. Celestial Combat is a game of galactic colonization, and conquest. 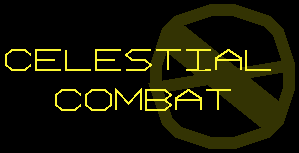 Excerpt from “How to play”

You begin with either an invasion fleet (1 x Fighter + 4 invasion Freighters) or a single occupied planet.

To colonize planets, you must land on them when they are unoccupied with your Fighter. The landing will plant a beacon, starting the flow of Freighters and raw materials sent to construct facilities on the planet.

To win, you need to destroy all enemy production, combat facilities, and spacecraft.

It fully supports gamepads and has its own game assets packing / loading system.