This post is a Celestial Combat devlog and also be found here.

Game design is essentially UX design. Bad experience design is more than jarring: it drives beginner players away. CelCom previously had an example of bad experience design in one of it core gameplay mechanics: landing spaceships was awkward and difficult. First you needed to be able to find the planet you want to land on, then you had to move to it, possibly avoiding other planets and stars en route.

Landing a fighter spaceship is a basic action that the player has to do in order to lay claim to planets, re-arm weapons with ammo supplies, and repair their ship. This skill is one of the core mechanics of the game.

Parking up on a planet is the successful outcome of a landing, the alternative is certain death. Two factors decide if you make it or not:

Previously the UI used a dial indicator. Colored arcs would rotate within two concentric circular tracks to visualize the angle from the ship to the nearest star and the nearest planet. 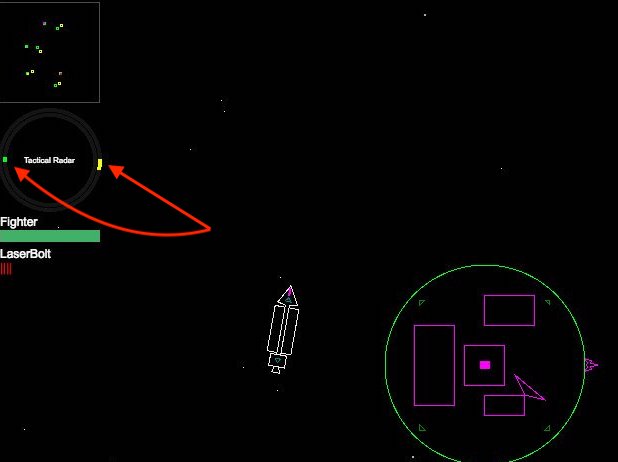 The main problem with this display was its skeuomorphism: in a real spacecraft you may have dials and controls that you may have to look at in order to ascertain information about your vessel. At best, bearing indicators may be visible via a HUD but this is fundamentally different from the perspective of the player in the game. 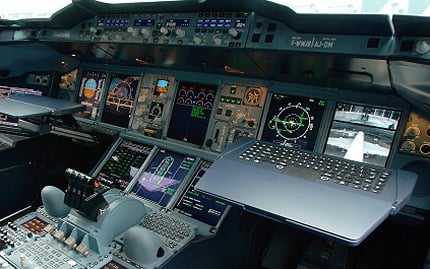 Additionally, the player had to land fighters without a speed indicator, purely using the movement of the background star field and relative motion of the stars as their speedometer. General feedback from players was that these conditions would often result in very few successful landings and not much fun.

Landing was supposed to be hard, but not that hard.

Top-down perspective is a 3rd-person view, while dials and meters are usually 1st-person UI elements; two distinct ways to show vital information. Maybe we could borrow a concept for a heading indicator from other games with this perspective? 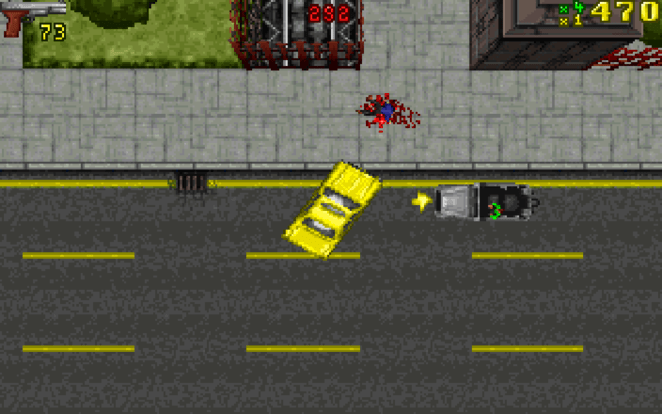 A new landing speed indicator was set to be shown only when the fighter ship was within a certain distance of a planet, following the “get-out-of-the-way” philosophy. Crashing speed was also set a little higher. The game would allow for rougher landings to avoid discouraging players. 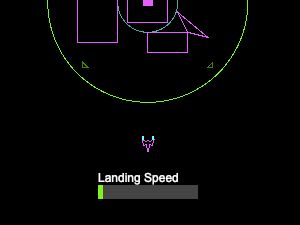 Coding the new design for the indicators

We ended up coding 4 distinct indicators for this UI component:

The indicators only appear at the edges of the viewport. The most complicated part of implementing this UI was projecting the various positions (in game space) to the border of the viewport (in HUD space).

But since the viewport is a rectangle there are only 4 cases we need to consider. Indicator should be shown:

Pseudocode for the function drawPointerFor() which is responsible for this:

Full source code for the pointer UI resides in src/client/GameScreen/HUD/Pointers.ts. Feedback for these changes was definitely positive. We can expect to implement more UX design improvements in the future!